Home » Are These 5 Signs of Trust Evident in Your Workplace?

Are These 5 Signs of Trust Evident in Your Workplace? 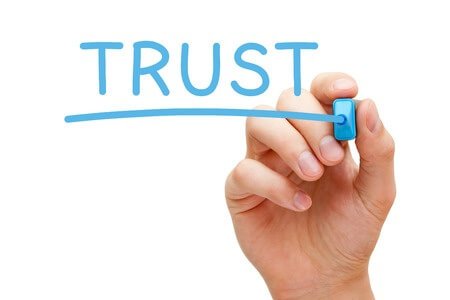 People don’t automatically question your motives. Trust exists when people believe that your actions are driven by positive motivation. The higher the level of trust among colleagues, the less second-guessing goes that on. Conversely, if there isn’t a very high level of trust, people are constantly on the look-out for your “angle”; they’re thinking, what’s she trying to do? If you feel like everyone is suspicious for no good reason, then you have a trust problem.

You don’t need to use your leadership title as a lever to get things done. Leaders must understand the difference between “personal power” and “positional power.”   In my role as a leader when parenting, I’ve learned to use the phrase “because I said so” very sparingly. It’s only used when there is a true urgency—for example safety’s at risk—and I don’t have time for a lengthy explanation. I’d rather that my kids work with me than against me and it’s my personal power that helps me achieve this goal. In the same way, a leader at work should use “pulling rank” as a last resort. Sometimes, it must be done. And if you only do it as a last resort, on the few times you do, you will get better results.

People will take the leap of faith with you. One of the saddest stories I’ve ever read is about a team of firefighters who didn’t trust their squad leader’s judgment and they died because of it. Thankfully, many of us rarely face life-or-death situations in our work. From time to time, however, we are asked to take a leap of faith that requires some amount of sacrifice or “jumping in” without all the facts. If you ask your team to “just trust me on this”, you’d better have a reliable track record. People don’t trust a leader who breaks promises, hasn’t done his homework, or throws people under the bus after the fact. If you say, “I don’t have all the facts just yet, but I really need your support on this” and your team says, “We’re in!” then you know you’ve built up enough trust currency with them.

Long justifications aren’t needed. Trust exists when you explain your reasoning and the person to whom you’re speaking says, “No need to explain any further. Go ahead. I trust you.” The words “I trust you” take only seconds to say, but the goodwill they build lives on long after they are stated.

People confide their dreams to you. Dreams are precious things; we don’t bring them out to show just anybody. If someone shares their aspirations with you, they are telling you they trust you with their treasured information. Remember, a dream isn’t always realistic but it is always important to the one who holds it. When someone confides in you, treat that recitation with respect and do all you can to support that person. Because when you do, trust flourishes.

How often are these five clues in evidence in your department or your entire company? As a leader, you can have a significant impact on your team’s level of trust—with you and with others—by making these simple actions a daily habit.

The post Are These 5 Signs of Trust Evident in Your Workplace? appeared first on People Equation.