Home » Leaders as Role Models – What the Research Tells Us

Leaders as Role Models – What the Research Tells Us 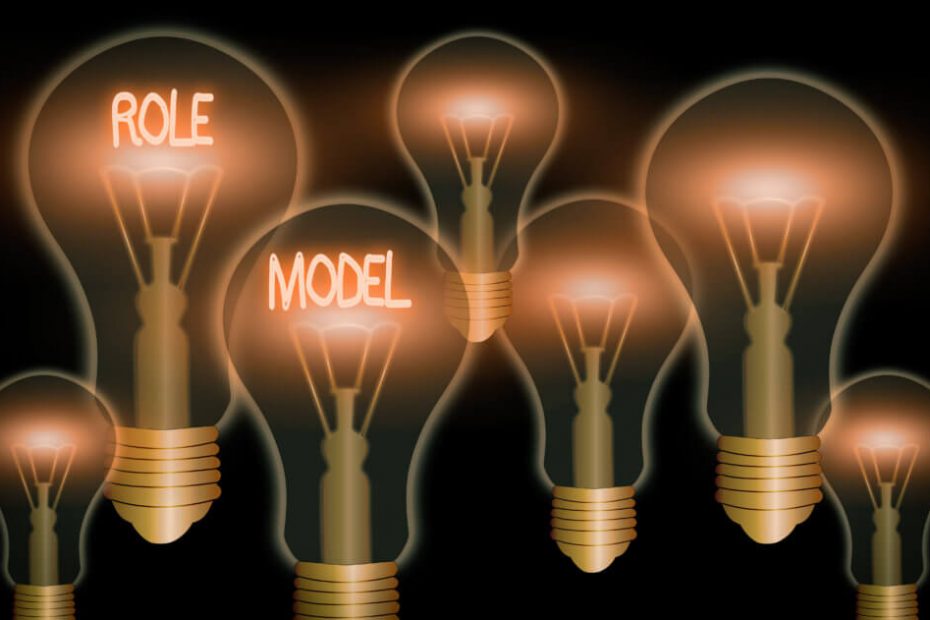 When Jim Kouzes and Barry Posner wrote their now-classic book “The Leadership Challenge”,  a foundational piece of their research focused on leaders as role models. In the authors’ article Model the Way, they write, “Exemplary leaders know that it’s their behavior that earns them respect. The real test is whether they do what they say; whether their words and deeds are consistent. Leaders set an example and build commitment through simple, daily acts that create progress and build momentum.”

The Research on Leaders Who are Role Models

These authors—and countless other experts—tell us that to be a great leader one must also be a positive role model. This seems rather intuitive, doesn’t it? We can all recall (perhaps, even all the way back to childhood) a person whose example led us down a beneficial path. But what does the research tell us about leaders as role models? Do their actions really matter?  Indeed they do. Here are some interesting (and surprising) ways in which a leader’s actions have far-reaching influence on those around them.

It’s often said that “you never get a second chance to make a first impression.” This aphorism definitely holds true for leadership. Did you know that as a leader, the first impression you make is your best bet to shift others’ beliefs? As reported in the Journal of Economic Behavior & Organization, researchers set out to discover the degree to which a leader’s opinions could influence the beliefs and behaviors of their followers. The study authors wrote, “Leaders, whose behavior is visible to followers, are in a particularly powerful position to influence their followers’ beliefs.” No surprise there, right? But here’s the fascinating part: a leader’s influence tends to wane after their initial statement of belief.

[RELATED: Leadership and Being a Role Model: 20 Ideas]

In other words, if a leader makes their opinion about Topic “A” known, that first opinion is the one followers remember and believe to be the leader’s position, regardless of whether the leader changes their behavior in the future. The study authors surmise, “leading by example works in the sense that leaders shape the followers’ initial beliefs (and contributions) very strongly, but from then on followers, in forming their beliefs (and deciding on their contributions) put more weight on the other followers’ past contributions than on the leader’s current one.”

Leaders of leaders have a particularly important role to play in developing new supervisory talent. And there’s a speed bump ahead for those who don’t give consideration to the way their behaviors influence the actions of their newly promoted colleagues. Studies have found that leaders who are new to their jobs definitely take a page from their manager’s playbook when interacting with their team members.

Researchers from the University of Florida and University of Nevada studied the effects of a leader’s toxic behavior on a newly established supervisor. They published their findings in the Journal of Applied Psychology, which found that in certain circumstances, a new supervisor felt it was acceptable to model their boss’s abusive behavior. (Consider it a “monkey see, monkey do” effect.)

New supervisors felt it was ok to be verbally abusive to their direct reports when they saw the same type of behavior from the manager they reported to if that manager’s department was performing up to expectations. The working hypothesis was that the new managers felt that toxic behavior was ok because the “means justify the ends.” Of course, this is the opposite of being positive leadership role model.

The Effects of Leaders Who Role Model Incivility

Georgetown professor Christine Porath studies incivility and its impact in the workplace. In numerous studies, she has found that bad behaviors are contagious. In this Harvard Business Review article, she cites research findings that even the mere exposure to rude words can affect employees’ abilities to process information and perform up to standard.

[RELATED: Leadership and the Civil Workplace: It Starts with You]

Porath recommends that leaders start by examining the way they interact with others. In the same HBR article, Porath calls attention to this astounding fact: verbalizing negative thoughts is 10 times more damaging to our sense of well-being than if we simply think them. Consider this for a moment: it’s not only damaging to your own well-being, but think of those within earshot who hear you.

“Do As I Say, Not As I Do” Is a Poor Role Model Strategy

Have you ever had a boss who has told you, “You’ll get emails from me at all hours of the day, but I don’t expect you to respond to them outside of standard work hours.”? How has this impacted your behavior? Your boss may say it’s OK to not follow their example, but many of us still feel compelled to do so. The Work and Stress Journal reports that in one study, leaders who showed up to work while feeling ill had workers who were more likely to do the same.

Take this study and extrapolate — in what other ways might a leader’s actions send the wrong message to the team? Perhaps a manager claims to lead by giving employees lots of autonomy but is secretly a closet micromanager, checking in way more than is needed. Or, maybe the company has a strong mandate for inclusion, yet the leaders at the senior levels of the organization aren’t positive role models when it comes to awarding assignments to employees who are outside their comfort zone.

Research backs it up: leaders are role models. Whether or not managers’ actions set a positive example depends on conscious effort on their part to model civil and consistent behaviors from the start of their interactions with team members.

Are you a positive role model for your team?

The post Leaders as Role Models – What the Research Tells Us appeared first on People Equation.